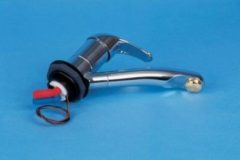 Suffering with a leaking caravan tap and don’t know why? We’ll try to explain a bit about caravan taps and why they fail. A caravan tap is different from your household tap as it has to perform two separate tasks. Firstly, it acts as an outlet to release water and secondly (and simultaneously) to activate an electric pump. This second function can be done in one of two ways depending on the system installed in your caravan. Different manufacturers tend to adopt different systems so its good to identify which type of system you have.

To activate the electric pump, some taps are fitted with a hidden electric switch called a micro-switch. If water condensation gets into the casing, this can cause them to fail. Other manufacturers use a pressure-sensitive switch system which is often fitted elsewhere in the caravan. As you turn the tap on, the drop of pressure is recognised by the pressure switch and brings the pump into action. Neither system is perfect!

What Causes a Leaking Caravan Tap? 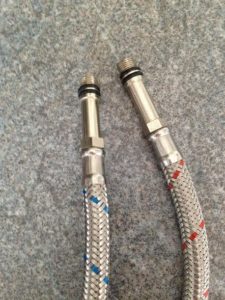 If the tap is micro-switched and only lets water through when the bathroom tap is turned on, then the micro-switch in the tap is faulty and will need replacing.

In some cases there will be a need to simply replace the leaking caravan tap. There are many different types and size of caravan tap and it is always best to replace like for like. To try and source the correct replacement, make a note of the tap manufacturer (ie. Reich, Whale, Comet) and where possible take a photo.

It is always best to check that your taps and appliances are working correctly before you go away. Remember that it may take time to source replacement parts.

Part of the Approved Workshop Scheme 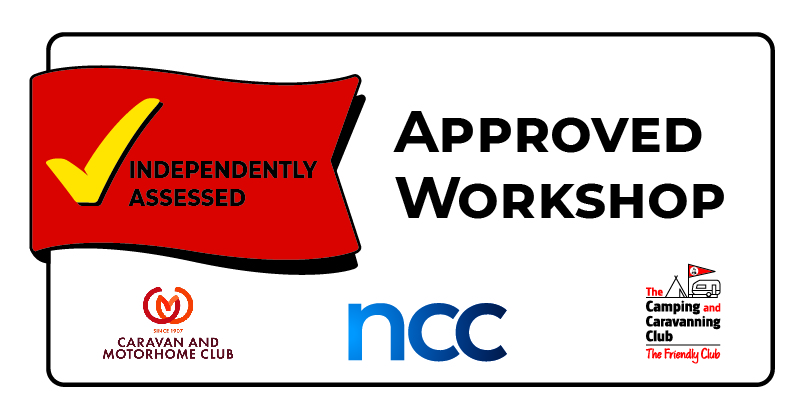